Marcos Vinicius's musical career began as the very young winner of the prestigious international competition Villa Lobos. As the most exceptional student of the famous Italian classical guitarist and educator Oscar Ghiglia, he graduated with a Certificate of Merit at the Chigiana Music Academy of Siena, Italy. On September 21, 2019, UCCA will invite Mr. Du Yipeng, the founder of the String-139 project, to introduce and present the Brazilian classical guitar master Marcos Vinicius and his works. The audience will have a chance to experience the charm of classical music live, as well as meet face-to-face with the acclaimed musician.

* Please pick up the tickets on the day of at the front desk before the event starts;

* It is recommended that you arrive in advance. If you are late, please follow the staff member’s instructions for entering the space;

* Due to limited space, attendees are limited to one ticket per purchase; tickets are sold on a first come, first served basis;

* Please keep your mobile phone silent during the event. 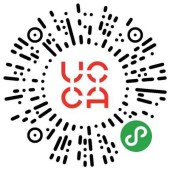 The Awakening of the Wizards

*Repertoire is subject to change based on live line up.

Born in Brazil in 1961, he graduated from the National University of Brazil and resides in Italy. He has long been the chairman of the Milan Classical Guitar Academy. At the age of 14, he started performing on stage and has since been active in the cultural centers of Brazil and Europe, as well as winning numerous awards. In his native country of Brazil, he founded and edited the first magazine about classical guitar, Viola America, and directed the Belo Horizonte Guitar Concerto. Vinicius is gifted in composition and has composed extensively for wind instruments, stringed instruments, and chamber music for duos and quartets. He has been recognized with numerous awards; including the famous Bolgheri Gold Award, and 2013 European Radio and Television Association REA Grand Prize.

Du Yipeng graduated from the Mannes School of Music in New York, USA. In 1999, he taught at the International School of Beijing. In the same year, he participated in the performance of the European (Beijing) Drama Art Festival. In 2000, he held his first guitar solo concert, in Beijing. He has participated in master classes with Rolan Dynes, Fabio Zanon, Oscar Ghiglia, and Manuel Barrueco. He has been invited to visit several international guitar art festival exchange programs, and helped organize dozens of visits to China for international guitar masters, including performances and exchange programs. At the moment, he is engaged as an art director for cultural performances and exchanges in China and abroad.

In 1723, Bach finished his No. 139 cantata Believe in God, God Blesses (Wohl dem, der sich auf seinen Gott, BWV 139) to express his love for the Lord. The name of this cantata perfectly described Bach's life of pure belief. Although new music forms are constantly being created, people have never given up on upholding tradition and faith. As time passes by, when fashion trends become classics, and persistence solidifies into greatness, classical works act as a mirror for people to slow down and reflect upon their true selves.

The aim of GuitarW Music Workshop (www.guitarw.com) is to share passion for the classical string music world. Inspired by Bach's commitment to his belief, our goal is to invite likeminded string masters to perform with us, in the “139” musical style, to demonstrate our musical beliefs.