UCCA presents “Immaterial / Re-material,” a group exhibition tracing the history, present, and future of computing art through more than 70 artworks by more than 30 artists from around the world, ranging from the pioneers of the 1960s to today’s emerging voices.

From September 26, 2020 to January 17, 2021, UCCA Center for Contemporary Art presents “Immaterial / Re-material: A Brief History of Computing Art,” a wide-ranging overview of the evolution of computing art from the 1960s to the present, exploring topics that span from machine-learning aesthetics to digital objecthood and technological discontent. The exhibition defines its area of focus not simply as digital art in general, but art-making that actively engages with the algorithms and generative logics that undergird the field of computing. Curator Jerome Neutres, in collaboration with UCCA curator Ara Qiu, brings together more than 70 works by more than 30 artists, from early pioneers of computing art to leading digital practitioners, as well as emerging Chinese artists. The show’s title pays tribute to Jean-François Lyotard’s groundbreaking 1985 exhibition “Les Immatériaux,” which conceived of a new mode of materiality that echoed advances in telecommunications technology. By exploring the broad possibilities of computing art and the philosophies underpinning it, “Immaterial / Re-material” aims to write a new chapter in the history of this medium, approaching it as not simply a new media form, but as an entire artistic language. The exhibition is made possible through technological support from lead AI partner Baidu, and major organizational and lending support from Fondation Guy & Myriam Ullens.

If “Les Immatériaux” provided a preview of the postmodern through art created by tools born of modernity yet also capable of fracturing it, 35 years later “Immaterial / Re-material” simultaneously glances back to the origins of computing art, examines our postmodern present, and then looks ahead to what paradigms may come next. The exhibition does not deny the material per se, but rather investigates how algorithmic creativity has both been re-materialized into more traditional formats such as paper and canvas, and channeled into novel, indefinable experiences, blurring boundaries between the physical and intangible.

The exhibition is arranged into four main sections, which gesture towards the progression of computing art, and different approaches within the field as a whole. Opening section “Pioneers of Computing Art: The Invention of a New Palette” focuses on the work of artists including Harold Cohen, Manfred Mohr, Vera Molnar, and Frieder Nake, who as early as the 1960s began using algorithms to create drawings and paintings, long before computers had attained their current sophistication and ubiquity. In the next section, “Generative Art: A Language for Infinity,” computing power is harnessed to create self-sustaining artworks that transcend durational limits. While artists such as Ryoji Ikeda grant digital code a kind of materiality in its own right, John Gerrard and Leo Villareal alternately simulate and distort reality, and Michel Bret and Edmond Couchot, Laurent Mignonneau and Christa Sommerer, and others bring an element of interactivity to their pieces, positioning each work as a collaboration between artist, algorithm, and viewer.

Questions of authorship are further explored in the next section “AI Art-lab: When the Artist Creates Creation,” which asks what role the artist may play when creative decisions can be delegated to Artificial Intelligence. From Michel Paysant’s “drawings” created through computer tracking of eye movements, to Memo Akten’s use of machine learning to depict the entire history of the universe in video form, the works within suggest that artists might find space for intervention in how they construct, and the inputs they select for, digital systems. The fresh possibilities, yet also anxieties, posed by such technologies are faced head-on in the final section, “Illusions and Disillusions of the Post-digital Era.” Artists such as Quayola and Yang Yongliang reflect on contemporary experience by digitally reconstructing past moments in art history; while others, in particular a younger generation of Chinese artists, including Lu Yang, Lin Ke, and Fei Yining (in collaboration with Chuck Kuan) express a subtle ambivalence towards our hyper-networked world, despite their own identities as digital natives creating work steeped in global online culture.

In addition to the above-mentioned sections, “Immaterial / Re-material” also features a special unit curated and mounted in collaboration with Baidu AI. The section features interactive, generative works from Ceyln Bricker and Faye Lu, Miguel Chevalier, and Daniel Rozin, in which the presence of the viewer actively shapes each piece’s visual expression.

Showing work by twentieth century pioneers alongside that of artists who have grown up together with digital technology, the exhibition at once excavates the historical roots of computing art and opens up conversations about its future shape. Despite fears over the loss of human control, invasive data collection, and other potential ill effects of technological acceleration, the youngest artists in the exhibition amply illustrate how even consumer-grade software and equipment may be repurposed and contorted to deliver creative breakthroughs. By being staged in Beijing, where the integration of digital technology into daily life is reaching unprecedented levels, and at a time when resurgent geopolitical boundaries underscore the importance of “immaterial” electronic communications, “Immaterial/Re-material” provides a vital snapshot of how artists have responded and are responding to our ever-more algorithmic world.

As curator Jerome Neutres comments in his exhibition catalogue essay, “We aim to show how the pioneers of yesterday and the emerging figures of today are walking the same path, from the immaterial to the re-material, and how their visions of the homo digitalis—the new human civilization—have evolved. The exhibition demonstrates that computing technology is a true medium of art, one that generates an infinite number of visual possibilities, and not just an experimental school or short-lived art movement.”

“UCCA is proud to present this special overview of a kind of art-making that has become increasingly central to all of our lives. We are grateful to the artists for their patience throughout the delays caused by the Covid-19 pandemic, and for their creativity in thinking with us about how to remotely install complex works. We are excited to have the opportunity to deepen and expand the exhibition through our collaboration with Baidu AI, and delighted to have a new chance to work with our founding patrons, Guy and Myriam Ullens, on this timely and urgent topic,” noted Director and Chief Executive Philip Tinari.

UCCA will publish a bilingual exhibition catalogue to accompany “Immaterial / Re-material.” The publication is formatted into two sections, “Images,” including comprehensive documentation of each exhibited artwork, and “Texts,” which features artist interviews and work descriptions alongside essays by exhibition curator Jerome Neutres, renowned philosopher of technology Yuk Hui, and pioneering digital artist Edmond Couchot, who shares a personal account of the origins of computing art. The book is accompanied by a catalogue website (imrm.ucca.org.cn) that hosts videos of all of the moving image works. Together, these elements expand upon the exhibition’s exploration of computing art’s past and future. Both the physical publication and website are designed by Beijing’s loof.design. The catalogue is published by Beijing’s Culture and Art Publishing House.

- Before entering the museum, your temperature will be taken. Visitors with body temperatures of 37.3°C or higher, or experiencing coughs, shortness of breath, or other potential symptoms shall be politely declined entry. You must wear a mask for the duration of your visit, and maintain a 1.5 meter distance from other visitors.

- Limits on the number of total visitors may be updated according to the latest policies and regulations. 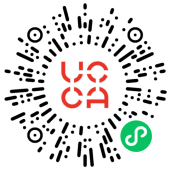 Works in the exhibition

Breakfast Ritual: Art Must be Artificial